Water Conservation is no longer an option but a necessity and duty! 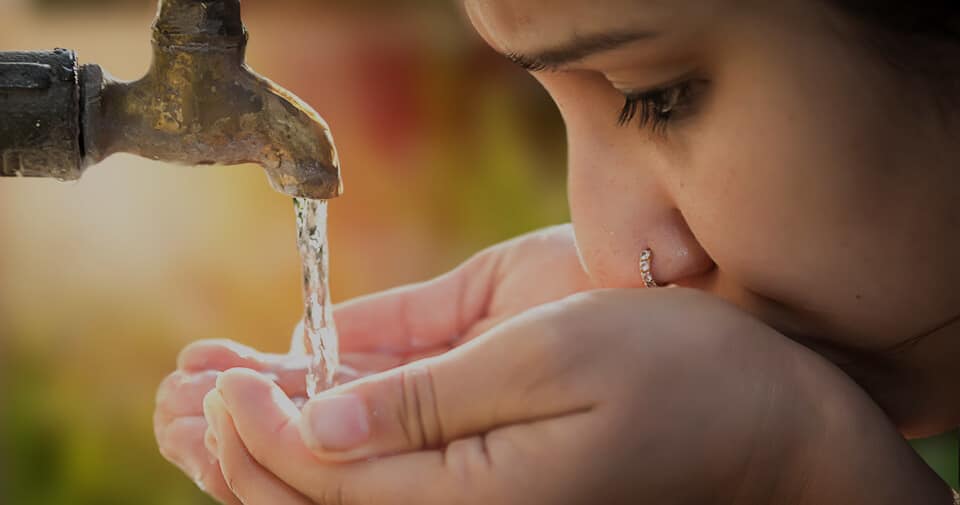 “Water is life” is a well-known adage, but how many of us care to conserve water as long as it is available, especially in urban areas? A number of peasants from Tamil Nadu are on dharna at Delhi’s Jantar Mantar for nearly three weeks with skulls of peasants who died of starvation or had committed suicides. Lack of water for the irrigation of their land had resulted in crop failure and being unable to pay their debts most killed themselves.

The fertile land of the Cauvery basin is suffering from severe water scarcity, like several other parts of the country. Instead of trying to take measures to preserve water, both for drinking and cultivation, states are fighting over their “share” of water. A virtual water “war” is going on for many decades now.

It is of paramount importance for our future that we as individuals and as a nation, learn to conserve water while also searching for means of its augmentation. We have, unfortunately, managed to pollute most of our water sources, both on the surface and underground. So much so, that our much of the available water is unfit for human consumption, and in some cases even for agricultural use.

In West Bengal in the Ganga Delta, arsenic, a highly toxic element, has been found in underground water.

This has resulted in some 16 lakh deep tube wells spewing arsenic contaminated water that has caused arsenic poisoning in many people.

Just think of the massive dimension of our problem. Some 838 million that is 67% of India’s population lives in rural areas and over 7% of them, that is 63 million have no proper access to safe water. More than a quarter of our population was affected by drought and more than one-sixth of our ground water resources are overused and in severe stress. We are the first among the 10 top countries with the greatest numbers of rural people without access to clean water

Water conservation is one of the easily implementable techniques for preventing water pollution. The logic is simple: if you conserve water you put less after-use polluted water back into water bodies or into the soil. In some countries where water is apparently abundant, even there water conservation is being followed to safeguard the future.

Open defecation and septic systems with flushing puts sewage into our water bodies. Treating sewage water is expensive, difficult, time-consuming and simply unimplementable in most part of the country. If less water is pushed through the sewage system, it helps to lower pollution.

Fortunately, the government attaches great importance to stopping open defecation throughout the country and many villages, hamlets and localities have gone in for building toilets in support of Prime Minister Narendra Modi’s Swatch Bharat plan. There is also a government plan to subsidise such programmes.

Another very important fact that needs our awareness is conserving rain water. We do get a lot of rain and much of it goes waste. A roof area of just about 93 sq metres can collect nearly 2750 litres of water if the rainfall is 2.5 cm.

Even a low rainfall area like Delhi gets an annual precipitation of about 612 mm. In the country as a whole, it is about 700 to 1000 mm. Some areas like Andaman and Nicobar Islands get an averagbe annual rainfall of nearly 3000 mm, not to talk about Cherrapunji in Meghalaya which gets an average of over 11000 mm.

A simple cemented cistern can hold the rain water and it can be used to meet many needs like gardening, watering of lawns, washing of vehicles, etc. Even in villages, rain water can be preserved by directing their outlet towards a pond using a cemented pathway.

In urban areas, people living in multi-storey buildings can also help conserve water. These days many cooperative group housing buildings are coming up. These should have built-in water conservation measures. Active support from the public for such building will result in more developers to include water conservation systems in their projects.

Urbanites can also use low flow faucets, water taps and showers that release water slowly and not with a great force. These can also be fitted with aerators to ensure that the lesser flow is not a hindrance for use. Also, water drips must be attended to immediately as such drips, cumulatively, wastes a lot of water. A small leak can waste as much as 90 litres of water per day. Municipalities and other water suppliers must also attend to water supply pipes regularly as even a small leak can cause many thousand litres of water to go waste.

Where hot water is required, it is better to insulate the hot water pipes as the water gets hot quicker and the pipes hold hot water for a longer time. Another good habit is to turn off the shower when you are soaping yourself or otherwise not using the shower water when it is simply flowing into the drain.

Water can be conserved by not using toilets for waste disposal like cigarette butts or facial tissues as each flush uses up copious amounts of water. It is useful to use the small flush systems, if available, rather the big ones whenever possible to waste less water.

Regular checks should be carried out to find out if the household water supply system has any leakages. Those who use showers should opt for taking shorter showers and control their shower speeds.

Where municipal water is supplied, automatic systems can be installed to check overflow of water tanks so that water does not go waste.

A few other small measures can also help conserve a lot of water. Like after wetting the toothbrush, turn off the tap. Rinse the razor in a cup rather that use flowing water. Run the dishwasher or washing machine only after it is fully loaded.

When washing dishes by hand, don’t leave the water running. Use a container filled with water and dunk your vegetables and fruits into it to clean them rather than using running water.

Water your lawn only when you need it. Use a bucket rather than the hose to wash your car and use a broom, not a water jet to clean your driveway as it can use up to 200 litres of water per every five minutes.

We must realise how precious water is and conserve and protect it to safe guard ourselves and the coming generations.